But the plan backfired.

And Ron DeSantis produced the smoking gun that has Democrats running for their lives.

Instead of focusing the conversation on Joe Biden’s historic failure to secure the border, Democrats wanted the debate centering on the legality of DeSantis’ actions.

That’s why left-wing, pro-open borders lawyers signed up two of the illegal aliens on the flight to Martha’s Vineyard to file a class action lawsuit against DeSantis, baselessly claiming they were deceived into getting on the flight.

The lawsuit alleged DeSantis “designed and executed a premeditated, fraudulent, and illegal scheme centered on exploiting this vulnerability for the sole purpose of advancing their own personal, financial and political interests.”

But this attack quickly fizzled out, as it was instantly clear that the facts and the truth were on DeSantis’ side.

DeSantis spokeswoman Taryn Fenske slammed the lawsuit as a politically motivated sham designed to distract from the real story, which was Joe Biden refusing to secure the border and inviting an illegal alien invasion.

“If these activists spent even a fraction of this time and effort at the border, perhaps some accountability would be brought to the Biden Administration’s reckless border policies that entice illegal immigrants to make dangerous and often lethal journeys through Central America and put their lives in the hands of cartels and coyotes,” Fenske told Fox News.

Fenske also provided Fox News with a copy of the consent form the illegal aliens voluntarily signed before getting on the plane to Martha’s Vineyard. 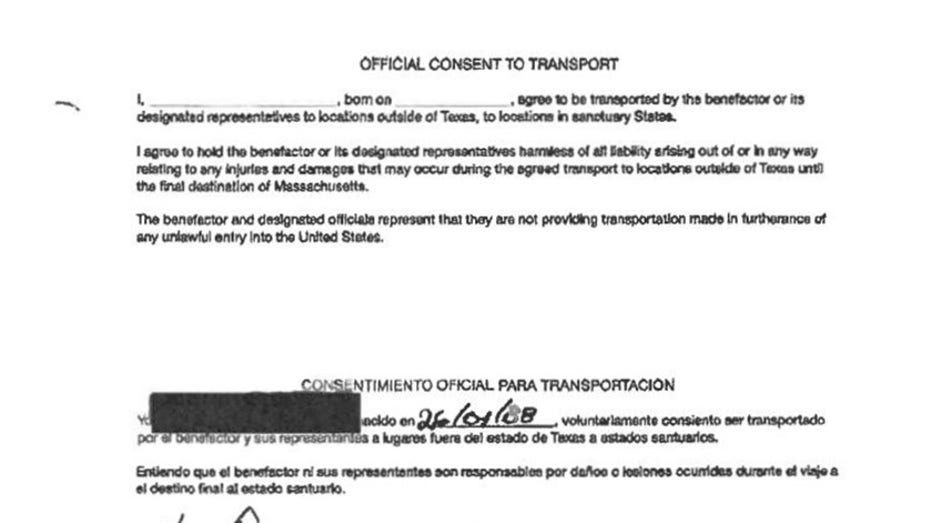 “I agree to hold the benefactor or its designated representatives harmless of all liability arising out of or in any way relating to any injuries and damages that may occur during the agreed transport to locations outside of Texas until the final destination in Massachusetts,” the consent form read.

The illegal aliens were also provided with maps before getting on the plane that clearly indicated they were traveling to Martha’s Vineyard.

Fenske also ripped the open borders advocates by noting that the illegal aliens sent to Martha’s Vineyard were essentially abandoned and living homeless on the streets of El Paso, Texas, before the DeSantis administration flew them to one of the wealthiest communities in America.

“The immigrants were homeless, hungry, and abandoned – and these activists didn’t care about them then. Florida’s program gave them a fresh start in a sanctuary state and these individuals opted to take advantage of chartered flights to Massachusetts,” Fenske concluded. “It was disappointing that Martha’s Vineyard called in the Massachusetts National Guard to bus them away from the island within 48 hours.”